A constant force for more than 60 YEARS! 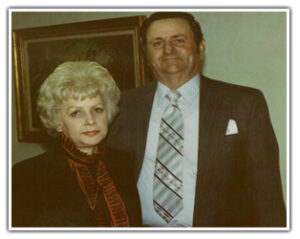 their consignee relationship with Humble Oil Service Station on Saint Joseph Street in Gonzales, Texas.  In late 1958 and the early 1960’s they started Truck Service Center which was a truck service and repair facility.  In 1960, they became a consignee for Mobil and later became an agent with them.

Schmidt & Sons, Inc. was founded in 1960 as a Mobil branded marketer supplying service stations and farms.  The sons, Henry C. Schmidt, Jr. and Keith Schmidt, began observing the operation soon after they were born having front seat from their playpens in the office.  Before long, the Schmidt’s were building and installing storage tanks.  Although the company grew at a steady pace, it was not without setbacks.  Fire destroyed the property in 1972, and Henry Sr. died suddenly in 1988.  Fortunately, the sons had been involved in the company since they were old enough to take on responsibility, so the succession moved smoothly.

Originating in South Central Texas, the lubricants business quickly expanded into the Houston and the Rio Grande Valley markets. With the growth, the Schmidt’s established a presence in Houston by purchasing a facility in Humble, TX in 2013. In 2015, the company purchased a facility in Lockhart, TX to provide additional fuel service to the surrounding areas in Caldwell county. The most recent acquisition was a facility in Progresso, TX in 2019 to expand our presence and continue to service our existing customers in Rio Grande Valley. As a distributor for commercial and industrial lubricants, the company provides motor oils, filters, service chemicals and ancillary products for commercial accounts, quick lubes, automobile dealerships, auto mechanic shops and for individual sale. In addition, Schmidt & Sons, Inc. offers a full line of Chevron, Valvoline, and Petro-Canada lubricants. We are a full-service fuel & lubricants distributor with over 60 years of continuous service. We are proud for you to be a part of our team and Welcome you to Schmidt & Sons, Inc.